Disclaimer: I have little kids. I don't get out much. Most of the media I consumed in 2015 was released before that.

Best Book:
I thought for sure it was going to be Seveneves, but then I read The Martian. The latter has less wild SF stuff, but is pretty much great all the way through. I know I cracked that it's the novelization of a spreadsheet, and it is, but you could say that about pretty much any novel, really. And it's short.

Worst Book:
Number of the Beast by Robert Heinlein. It's 110% fan service, almost a parody of post-Starship Trooper Heinlein. It was so ridiculous I looked up to see if there was any defense of it. There is! Link It's an interesting argument, but it only got me to page 100.

Best Album:
Probably Beautiful Africa by Rokia Traore, but the new-to-me record I listened to most was probably The Terror by The Flaming Lips (psychedelic rock) or Exhibitionists by Superhumanoids (dream pop, or something). Spotify playlist of stuff I've really liked recently

Worst Album:
Too many!

Best Movie:
Mad Max: Fury Road, for turning everything up to eleven, and then continuing to turn the dial until the dial falls off and gets run over by a flaming Frankenbulldozer.

Worst Movie:
Dallas Buyer's Club. I really wanted to like this anti-FDA movie, but its "and then THIS happened" structure and ugly cinematography put me off. Also, I kept waiting for Leto's character to be something other than a one-dimensional tragedy. I am still waiting! The movie is watchable, mind, it's just that I don't get to see many movies so it's the worst of a list which is already heavily filtered for quality.

Worst TV:
Too many!

Worst Internet:
"This headline outrages me so much that I am going to share it without checking whether it is true or not." 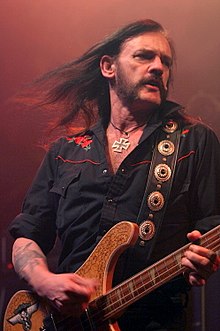 Going into a goddam death dedication!

I'm going through old Amoeba staff 'Music We Like' zines and listening to them on Spotify. The format gives each staff person as much as a page to fill with their favorite recent music, movies, and TV shows and say a little bit about each one.

Some staffers give capsule summaries of rap rivalries. Some make extended metaphors about cheese and sneakers. Some wax breathless about bands which are indistinguishable from the Rolling Stones c.1975.

And some list five things with no explanation or other commentary. And then sometimes they're all fantastic, esoteric gems. I about those people. I wonder what they're holding back on. Perpetual motion? Levitation? Danger 5?

OK, OK, after all that parsing, what are the absolute best things to see at this year's San Francisco International Film Festival? What have I been holding back?

I really have no idea, but if you combine my inborn prejudices and weakness for good trailer editing you get these:

Welcome, Space Brothers: The Films of the Unarius Academy of Science with Jodi Wille (http://player.vimeo.com/video/122138270?autoplay=1?autoplay=1) - Fuck the Scientology doc, this is the science fiction-inspired cult doc to watch. Wild proto-SubGenius tropes abound!